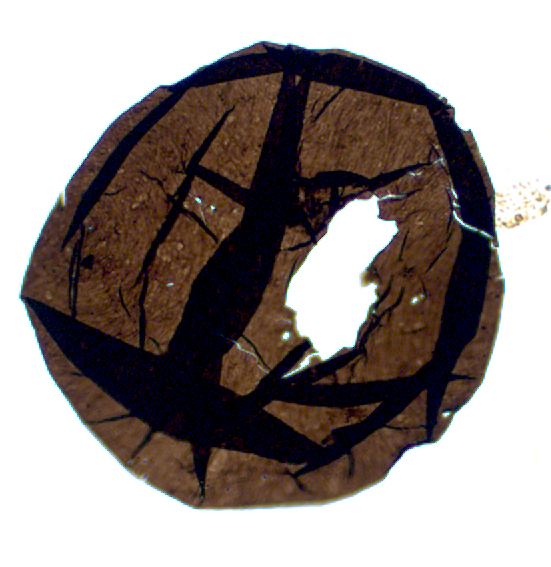 Valeria is found in rocks deposited in many different environments over almost a billion years of time in the Proterozoic, from the late Paleoproterozoic to the Neoproterozoic. It is easily recognized by its corduroy-like concentric striations on its surface (most visible on this specimen at center left). Valeria was also one of the first microfossil types identified in the Chamberlain Formation by Robert Horodyski. I’ve found Valeria in newly discovered core sections of the lower Chamberlain Formation from the Fort Missoula Core Shed and outcrops of the Greyson Formation. It has limited biostratigraphic and biochronological utility, but its relative abundance in the Greyson and Chamberlain Formations does indicate some degree of paleoenvironmental differentiation.